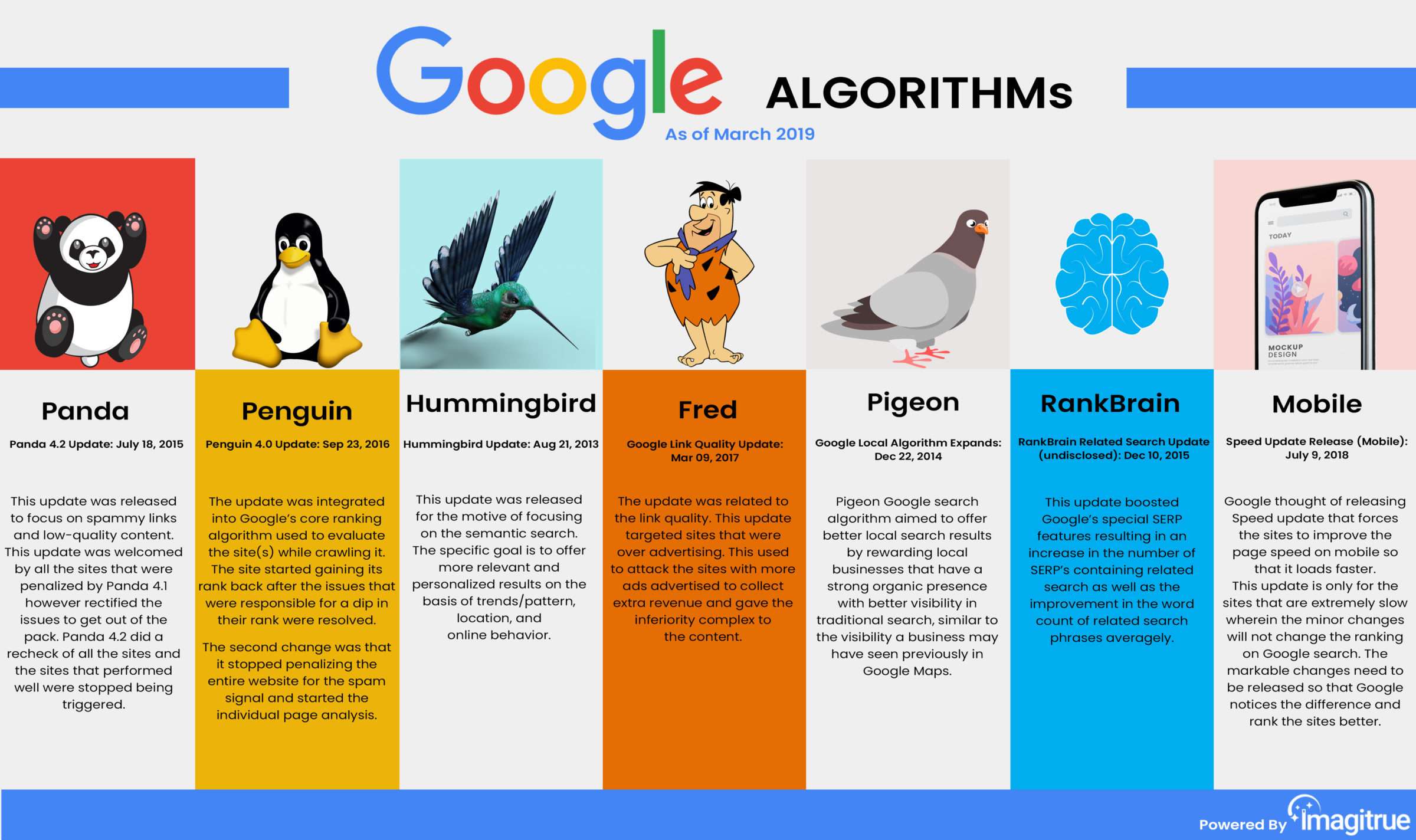 Here is a nice visual to explain some of the factors Deepblue are up against in improving your SEO ranking,and why ranks may go up as well as down. (Image courtesy of imagitrue.com)

Google makes 100’s of changes per year to the core algorithm. If the update looks like its going to impact ranking a lot, they are given a name such as Panda, Penguin, Hummingbird, Mobile.

So for example the Mobile Update 2018 caused a drop in ranking for sites that were slow on mobiles.

The attached image shows some of the bigger updates we have had to contend with.

If you are interested this link shows more in depth updates.https://www.stanventures.com/blog/google-algorithm-update-2019/

We are happy to discuss your SEO requirements further.